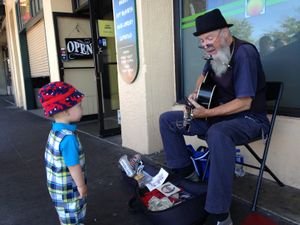 FIND PK DWYER BUSKING
When PK Dwyer doesn't have a scheduled event you will often find him busking his original Folk Roots & Blues at the Seattle Pike Place Market around the late morning through the Noon hours.  Look and listen for Mighty PK in front of Starbucks Coffee, the busking spot known as The Bridge, or Left Bank Books.

PK also occasionally drops in to Busk at the West Seattle Farmers Market, the Edmonds Summer Market and various locations throughout the beautiful Puget Sound area.

Show a Busker some Love today and Tip ♡ Hearty Folks! 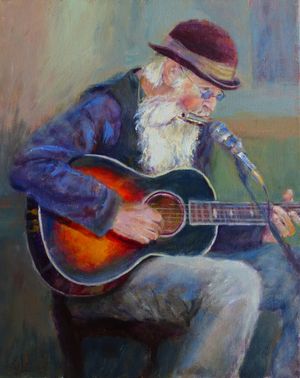 A friendly announcement to let all of you true Folk Roots and Blues fans that PK Dwyer will be returing to C&P Coffee Company for another special performance on Sunday, November 7th.  Don't miss out on the fun as this is one of PK's last scheduled performances of the year!

Show time is from 3:00 - 5:00 pm and Mighty PK will be presenting 2 sets of all original material featuring his signature quick fingered picking and slide work on guitar along with fireball harmonica riffs and a selection of beautiful and dynamic songs on autoharp.

C&P Coffee is located at 5612 California Avenue SW in wonderful West Seattle.  The super nice folks at C&P proudly serve Lighthouse Roasters coffees along with a rotation selection of beer and wine.  Not to mention a scrumptious selection of goodies to tempt your tummy.

*Due to Covid-19 protocols this is an outdoor performance and is weather permitting.  Bundle up and stop by to enjoy the very best espresso in Seattle and the unsurpassed musical artistry of PK Dwyer.

Keep in mind the Holidays are approaching and a PK Dwyer Cd makes a wonderful stocking stuffer for the music lover on your list!  See the PK Dwyer Works & Music page for available titles.  Pick one up at the show! 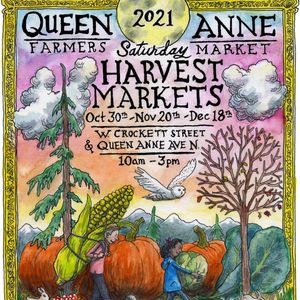 Experience the bounty and join the festiviteis!  PK Dwyer performs at the Queen Anne Harvest Market on Saturday, October 30.

The Queen Anne Farmers Market has launced a series of Harvest Markets and PK Dwyer brings his all original Folk Roots and Blues to the inaugural on October 30 and performs at 11:00 am.  PK will be presenting well loved tunes from his song catalogue featuring quick fingered guitar work and fireball harmonica riffs along with a selection of beautiful and dynamic songs on autoharp.

Enjoy the beauty of Fall in the Pacific Northwest and the bounce of the musical artistry of PK Dwyer.  Market runs from 10:00 am - 3:00 pm

TUNE IN AND TURN IT UP!

Folk & Blues Busker Extraordinaire PK Dwyer is honored to be performing at C&P Coffee Company on Sunday, October 10 at 3:00 - 5:00 pm.  This special performance bring together the two unique and superb independant entities -- The music of PK Dwyer and all of the goodness of C& P Coffee.

PK Dwyer will present a 2 hour performance of all original material from his song catalogue that now spans over 50 years featuring his high energy busking tunes with quacking fingered picking and slide work on guitar and fireball harmonica riffs.  PK will also be performing a selection of beautiful and dynamic songs on autoharp.

Swing by C&P on Sunday, October 10 and treat yourself to the best espresso in Seattle and some killer tunes.  5612 California Avenue SW in West Seattle

Don't forget to fill your pocket with spare change to show Ol PK some Love by Tipping the Jar ♡ Hearty Folks! 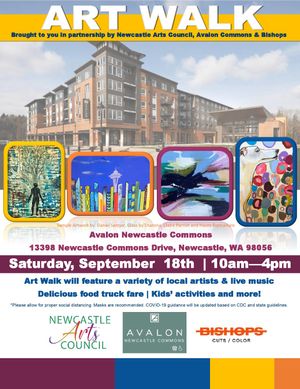 PK Dwyer brings his eclectic and all orginal Folk Roots & Blues to the Newcastle Art Walk on Saturday, September 18.  PK's performance time is 11:00 am - 1:00 pm  Featuring new and classic songs from PK's catalogue featuring his signature quick fingered picking and slide work on guitar and fireball harmonica riffs interspersed with a selection of beautiful and dynamic songs on autoharp.

The Arts are Alive

SUNSET SUPPER IS THE PARTY OF THE SUMMER!

Huzzah!  Hooray! Folk and Blues busker Extraordinaire PK Dwyer is honored to be performing at the 2021 Sunset Supper At Pike Place Market. Mighty PK will be playing a one hour set  of original material starting at 8:45 pm.

Sunset Supper is an outdoor dining event in Pike Place Market that will be the first of its kind to return to Seattle this summer on August 20, 2021!  This year’s Sunset Supper will have reduced capacity, ample space and tables for all of our guests, we are planning an incredible tasting event to support the Market’s Recovery. The health and safety of our community is our top priority, so we will strictly adhere to state and local guidelines and vaccinations are required for all guests, vendors and volunteers.

The Pike Place Market is proud to showcase and support the incredible small businesses and restaurants of Seattle’s iconic food destination! Guests will dine al fresco in the heart of Pike Place Market and enjoy a curated supper made by famous chefs from Pike Place Market and across the region. Your dinner menu is complimented with a wide variety of Washington wines, local, craft cocktails, brews and tasty desserts. Play our Golden Raffle or Prize Wheel and enjoy local music, as the 25th annual Sunset Supper makes a celebratory return!

This event is Sold Out!  There is a Waiting List for tickets.

MUSIC TO DANCE TO FEATURED ON THE ARK OF MUSIC

Currently based in Seattle, acoustic artist PK Dwyer is known for his distinctive songwriting and bluesy, rootsy folk music. With a musical resume spanning over five decades, Dwyer has shared his talents with the world in many forms, from busking to national tours and many, many things in between. Most recently, Dywer has released an album titled Music To Dance To, a project that has been very aptly described as “vintage folk“.

Defined by bright yet nuanced acoustic guitar parts, vocals that walk the line between classically folk and classically blues, and a clear penchant for storytelling, Music To Dance To is a work that feels authentic to its core. In a world of autotune and synthesizers, this honest, raw style of songwriting and performing is a breath of fresh air. It’s relatable, artistic, and above all, real.

While the production may be acoustic and simple in general, each track manages to develop its own flavor within these bounds. I Married Well is a standout, leaning heavily in the blues direction, amplifying the satisfying rasp in Dwyer’s voice and giving him a brilliant platform in which to show off his cutting harmonica riffs. Also notable is Dwyer’s use of the autoharp, an unusual and under-utilized instrument that adds a decidedly retro and jangly flair to the tracks it appears on.

For fans of something a little more unassuming, off the beaten path, and free-spirited, PK Dwyer‘s latest release is very likely to resonate with you. Music To Dance To is a wonderfully endearing mix of bluesy, folky sounds, tied together by straightforward instrumentation that allows the songwriting to sit center stage of this eclectic, spirited work.

Link to the review: https://thearkofmusic.com/pk-dwyer-music-to-dance-to/

Hooray! Folk and Blues busker Extraordinaire PK Dwyer is honored to be performing at the 2021 Sunset Supper At Pike Place Market. Mighty PK will be playing a one hour set starting at 8:45 pm.

Sunset Supper at Pike Place Market celebrates the 114th anniversary of Seattle’s historic Market. All proceeds from the event directly support the Pike Place Market Foundation’s Recovery Fund to keep the Market community healthy, stable and whole through the devastating impacts of the COVID-19 pandemic.

This Event is Sold Out!

HOT FUN IN THE SUMMERTIME 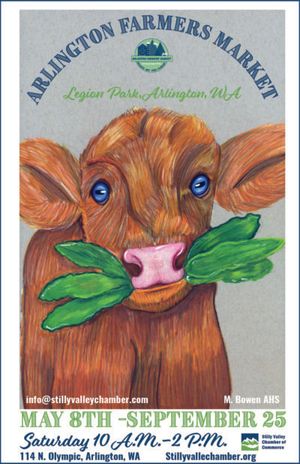 The Ubiquitous and Effervescent Busker PK Dwyer will give a special performance of all original Folk Roots & Blues at the Arlington Farmers Market on Saturday, August 7 at Noon - 2:00 pm.

PK will be performing material from his song catalogue that now spans over 50 years featuring his signature vocals, quick fingered picking and slide work on guitar and fireball harmonica riffs along with a selection of beautiful and dynamic songs on autoharp.

This is PK Dwyer's first performance at the Arlington Farmers Market.  Show PK and his music some Love and Tip the Jar ♡ Hearty Folks!